Our joint research project with the Laboratory of the Government Chemist (LGC) and the National Physical Laboratory (NPL) gives us seven vital outcomes. The importance of the findings, the veracity of the scientific investigation that underpins them, and their lasting value to Muc-Off as we embrace increasingly sophisticated methods of testing and development cannot be overstated.

Discovery of the dominant source of friction in a bicycle chain

Scientists at the National Physical Laboratory (NPL) reiterated/concurred that the dominant source of friction in a bicycle chain occurs between the link pin and plate. NPL reported that the largest contact pressures found in the system resulted from a sliding motion occurring at the smallest component diameter. This sliding contact elongates the chain, which then causes wear to both the chainrings and cassette.

The development by the National Physical Laboratory (NPL) of a novel, high-frequency, reciprocating line contact test followed their identification of the dominant source of friction in a bicycle chain described above.

Line contact in a bicycle chain describes the long chain of cylinders-within-cylinders represented by conjoined links. Scientists at NPL reported that while the chain travels in a circular motion around the chainring and cassette, the components inside each link move in a reciprocating motion (back and forth), which we might compare roughly to a clock hand ticking between 11 o’clock and one o’clock.

Considered within a bicycle chain, the frequency of the movement is not especially high, but we have already applied NPL’s calculation (with different values for loads and speeds) to our work in developing lubricants with Valentino Rossi’s VR46 motorcycle team and invested in a sophisticated testing “stage” for our tribometer to perform tests based upon it. 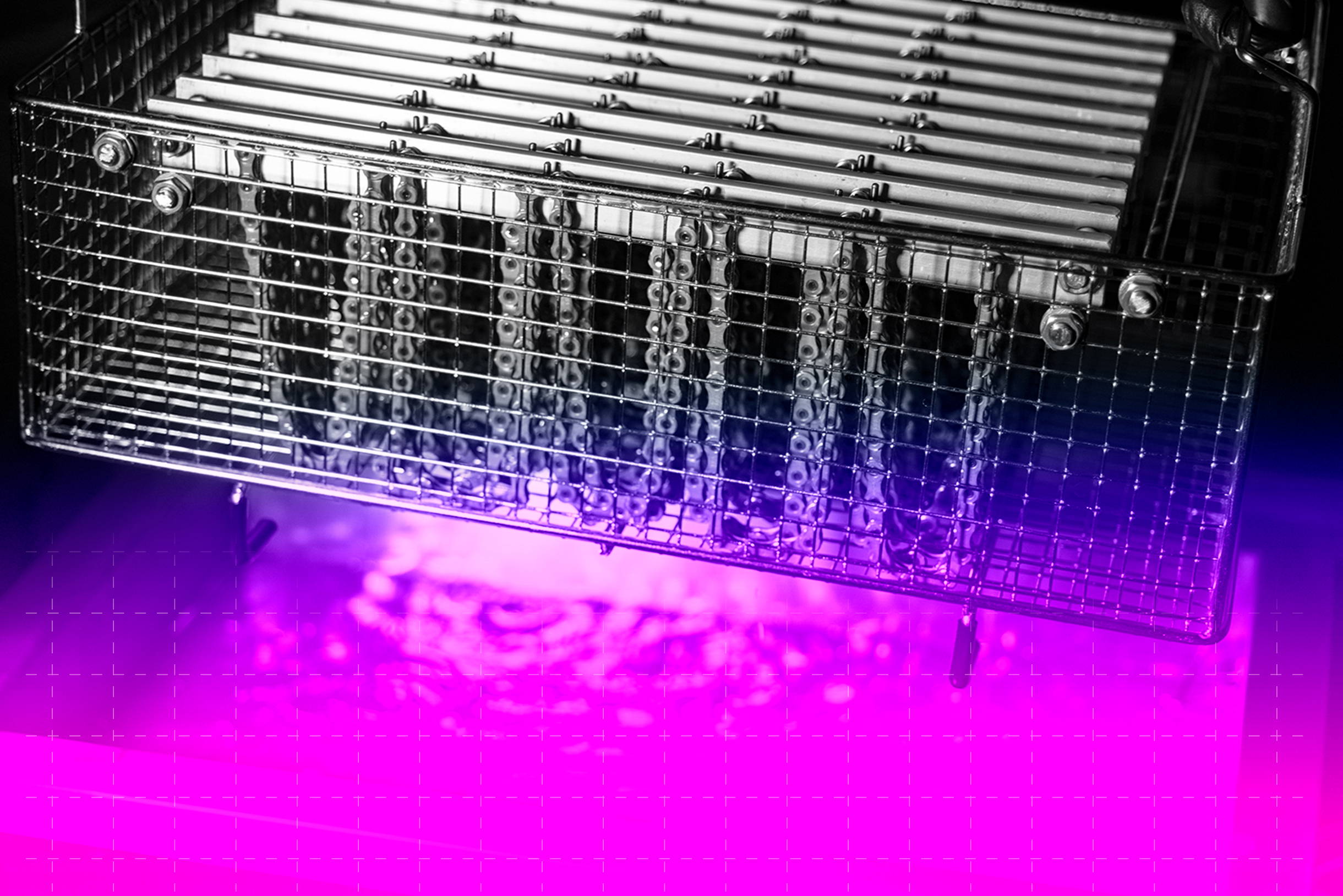 For Muc-Off, preparing a chain for testing or racing includes separate stages of cleaning, conditioning and treatment.

At the beginning of the research project, we used a three-stage process. At every sub-step, Muc Off's secret Research and Development Technical Director Dr M, extracted links and sent them to LGC’s laboratory. Following analysis with the most advanced equipment, LGC added sub-steps which created a process to enhance what we could justifiably regard as the cleanest chain in cycling.

The calibration oil developed by the National Physical Laboratory (NPL) is made with an ultra-specific formula, created solely from a base oil and without additives of any kind. Naturally, it is necessary to apply a lubricant of some kind to prevent the high-friction, metal-on-metal contacts that would result from testing an untreated chain. The calibration oil, however, dramatically reduces the potential for unwanted chemical reactions that would result from applying a development lubricant to the stock lube in which a chain is supplied. 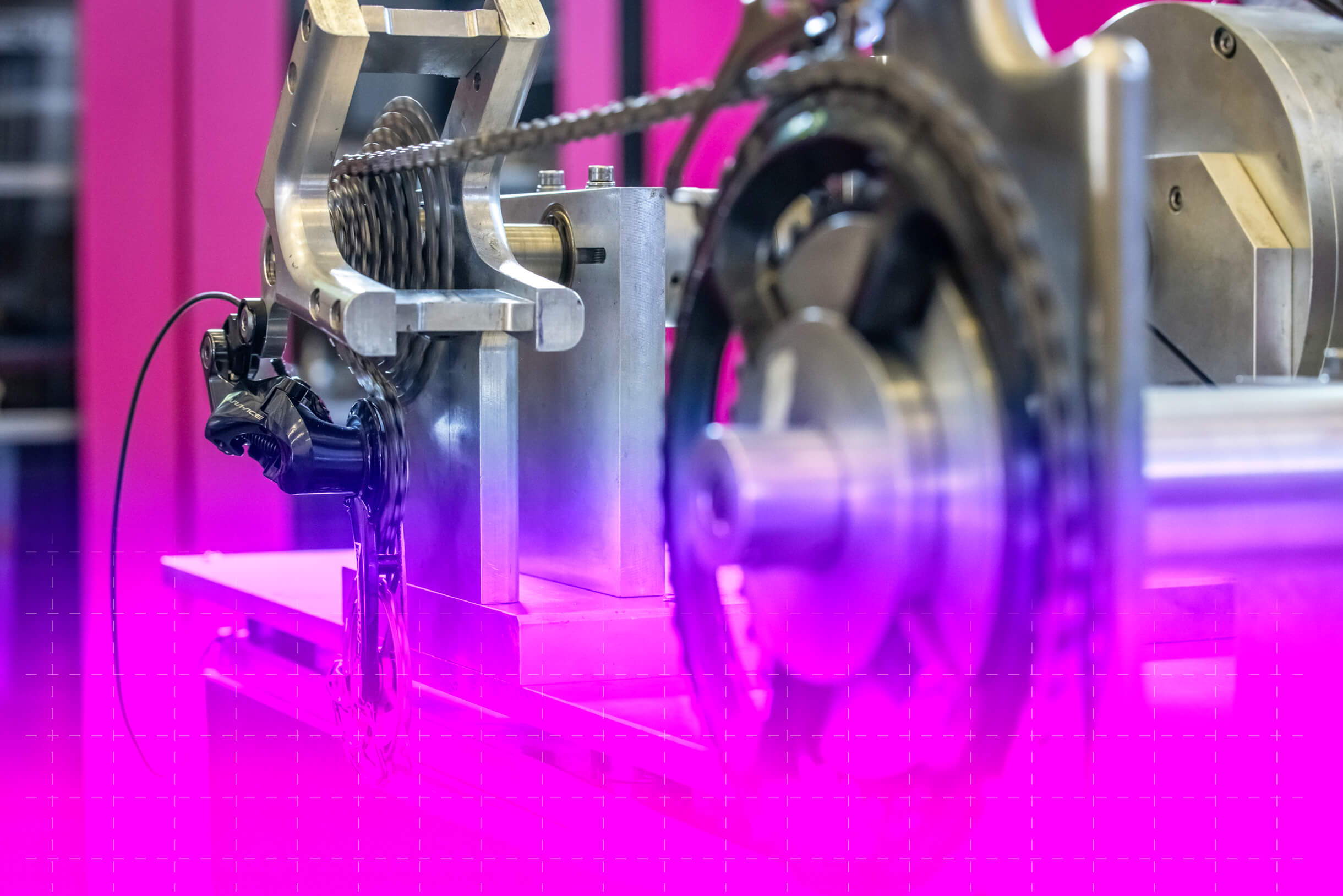 Repeatability scores from tension tests conducted with Shimano chains, uncovered a variance of 0.27w, even after LGC’s laboratory cleaning process and application of the calibration oil (a variance of 0.25w was recorded in tests with Shimano’s stock lubricant).

We can now be certain that variance of up to 0.27w is inherent in Shimano chains and less likely to result from the lubricant under development. This finding by itself wholeheartedly validated the need for the research project. Repeatability is critical to accurate testing.

A further source of variance was uncovered in the durability of Shimano chainrings and cassettes. We detected sufficient wear to affect our results in less than nine hours of testing. As a consequence, we have reduced the duration of some of our tests and increased the frequency with which we replace components. Where longer tests are essential (historically, our tests were upwards of four hours), we now understand the effects of component wear and can account for it in our results.

In dyno-led testing, the effect of component variance on each test is its greatest limitation. Variance in ring and cassette from prolonged testing can have a profound effect in a relatively short time. It is impractical to replace it as often as you would like, as well as expensive, to be able to achieve greater statistical significance easily; demand often outstrips supply.

To identify variance as low as 0.27w, and to isolate the chain as its source, Dr Mathias tested the chain under varying degrees of tension. The Dyno tests take two different general forms. The first induces tension in the entire chain – the section above the chainstay and the section below – the rear cassette pivots and is loaded with a known weight to achieve the desired contact pressures. Doing so removes the influence of the pulley wheels and derailleur mechanism and allows much smaller transducers, enabling a finer measurement of the effect made by the lubricant.

The second type of Dyno test replicates normal riding conditions. The rear derailleur remains in place and tension occurs only in the section of chain above the chainstay. Such is the sophistication of Muc-Off’s dynamometer that load profiles gathered in Garmin data can be applied in testing; a best-case scenario described by Dr Mathias as “real-world testing in the lab”. 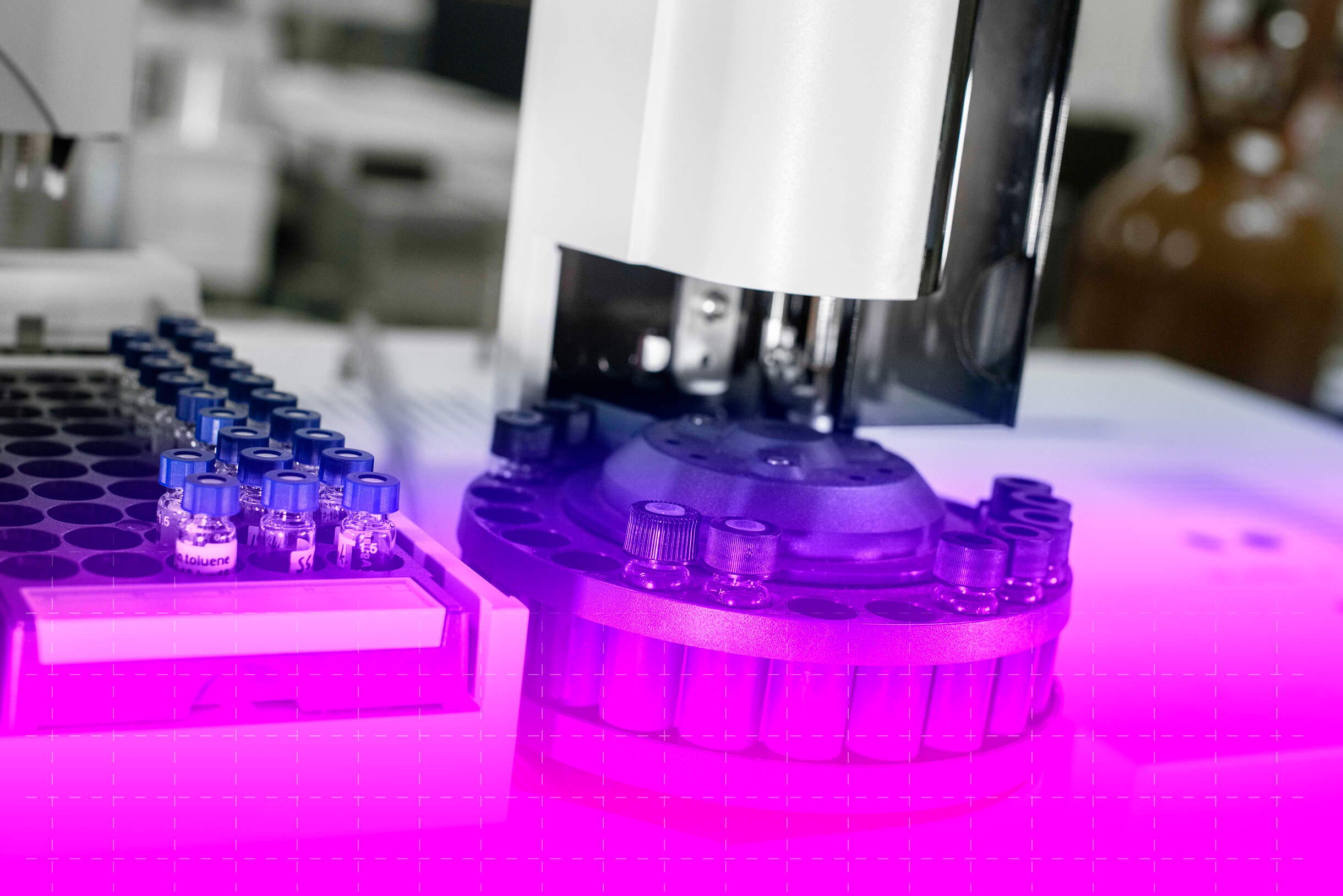 Sophisticated chemical analysis of the top 30 bicycle lubricants, conducted by the Laboratory of the Government Chemist (LGC) by the use of gas chromatography mass spectrometry (GC/MS) and atmospheric solids analysis probe mass spectrometry (ASAP-MS), revealed significant variation in their chemical composition.

In short, there is very little commonality among the most popular lubricants in cycling. For Muc-Off and Dr Mathias, the discovery removed the possibility of a “silver bullet”: a chemical ingredient guaranteed to deliver results. Further, it allows us to pursue a targeted approach when selecting base oils, additives or synthetic components for future formulas, which will accelerate development.

Thanks to our joint research project with the Laboratory of the Government Chemist (LGC), we can now be certain that using bio-degradable components is not detrimental to performance.